Hello, fellows, I hope all of you are enjoying your life. In today’s tutorial, we will have a look at the Full form of AC its working, generations, and uses. The full form of AC is the alternating current first time in 1832 alternating current was generated by the dynamo working on the principle of Faraday Law and was manufactured by the Hippolyte Pixii (it is an instrument-making company from Paris). FIrst-time ac current was distributed to longer distance for commercial use in 1891 and long-distance transmission line was placed in Colorado than after some months in Germany.

With the invention of alternating current, some restrictions offered by the use of direct current were covered. Thomas Edison (had numerous patents about DC) also explains the importance of AC over the DC because it covers limitations of DC. In 1893 first power plant generating 3 phase alternating current was manufactured in California near Redlands. The name of this first three-phase commercial use power plant was Mill Creek Hydroelectric plant. Now almost in every industry, home, office, and commercial markets alternating current is used. In today’s post, we will have a look at its generation, application, and some other related parameters. So let’s get started with the Full Form of AC. 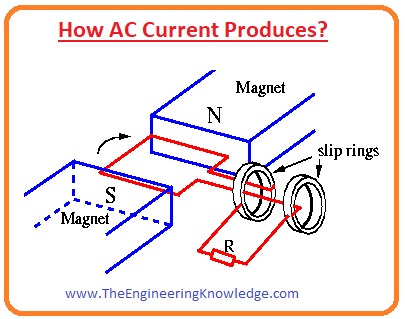 Difference between AC and DC So friends that is the complete post on the full form of AC I have mentioned each and every parameter related to AC. If you still have any questions about this post ask in comments. Thanks for reading see you in the next interesting post. Have a good day.