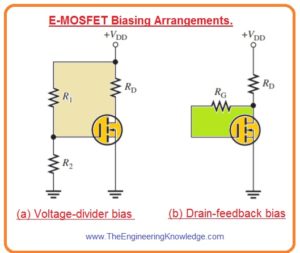 Hello friends, I hope you all are doing great. In today’s tutorial, we will have a look at  MOSFET Bias Circuits. The MOSFET is type of FET and stands for metal oxide field effect transistor used as amplifier and switch in different circuit configuration. In digital and analog circuit MOSFET is commonly used than BJT. There are 2 further main types of MOSFET first is E-MOSFET and second one D-MOSFET.

The main benefit which it provides over the BJT that it need very less amount of current at the input for controlling of a load. In today’s post, we will have a detailed look at its different basing methods and their related circuits with the detailed. So let get started with MOSFET Bias Circuits. 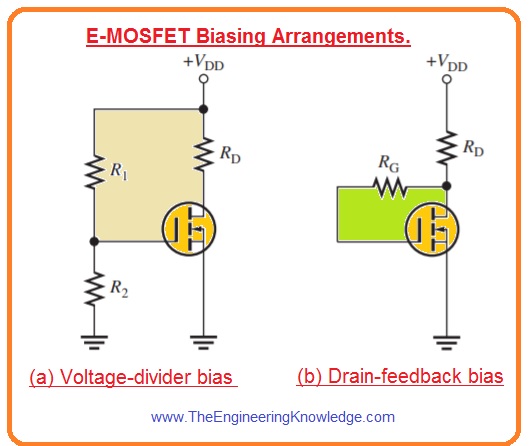 So friends that is detailed post about the MOSFET Bias Circuits if you have any question ask in comments. Thanks for reading