Hello fellows, I hope you all are doing great. In today’s tutorial, we will have a look at MOSFET Digital Switching. MOSFET is three-terminal semiconductor devices that have three terminals gate, drain, and source. It used in different switching and amplification applications. In the previous tutorial, we discussed the MOSFET analog switching and related parameters.

In today’s post, we will have a detailed look at the digital switching of MOSFET and related parameters. So let’s get started with MOSFET Digital Switching. 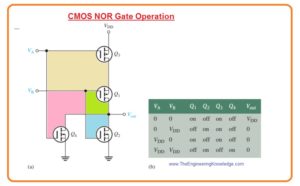 So that is detail post about MOSFET Digital Switching if you have any question ask in comments. Thanks for reading.