Hello friends, I hope you all are doing great. In today’s tutorial, we will have a look at Introduction to JFET (Junction Field Effect Transistor).The full form of JFET is a junction field-effect transistor. The normal transistor such as BJT is used to control current or we can say current controlling device. While the JFET is a voltage control component. As we know normal transistor has three component which are emitter, base, and collector.

Similarly, there are three main terminals of JFET which are Gain, Drain, and source. There are 2 main types of FET transistors in which JFET is and the second is MOSFET. In today’s post, we will have a detailed look at its structure, working, features and applications with the detailed. So let’s get started with Introduction to JFET (Junction Field Effect Transistor). 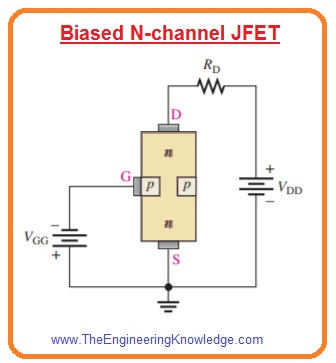 That is a detailed post about JFET if you have any questions ask in the comments. I tried my level best to each and every parameter of JFET. Thanks for reading.