DC Voltmeter and Ammeter in Proteus

Hello, readers welcome to a new post in this post we will learn How to use dc voltmeter and ammeter in Proteus. Ammeter is a current measuring device that is used in electrical circuits for measuring the current flowing in the circuit. It is generally connected in series in the current path and measures the current flowing.

A voltmeter is a voltage measuring device that is used in different circuits. It is linked in parallel combination to the circuit for volt measuring. In this post, we will learn how we can use these two devices in the proteus for measuring the current and volts of a circuit. So let get started. 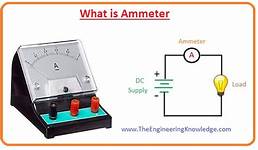 DC Ammeter and Voltmeter Use in Proteus

How to Make Component in Proteus
January 6, 2022