Hello dear readers I hope you all are having fun in your life. In today’s post, we will discuss What is Microcontroller.  The creation of a microcontroller was done with the production of metal oxide semiconductor field-effect transistors. or MOSFET. The first time in 1959 it was created by the Mohamed M.Atalla and Barwon when they were working at bell labs and ist time it was commonly explained in 1960. In this year Atalla also gave the instruction of MOS ICs that is IC chip created with the metal oxides field-effect transistors.

With the passage of time in 1964 metal oxides, chips started usage of large numbers of transistors and manufacturing cost also decreases than the bipolar boards. The chips used in the 1960s become more advanced and used hundreds of transistors and leads to LSI which was according to Moore’s law. The usage of LSI chips in computing industries was the foundation of microprocessors since engineers started created a complete processor of a computer with the  MOS large scale integration chip. By using the MOS large scale integration the ist multi-chip microprocessor  4 phase system ALq created in 1969 and Garrett Airesearch MP944 created in 1970. In 1971 ist single CIO microprocessor was Intel 404 created. It was manufactured by the Federico Faggin with the use of the silicon gate MOS technique. In today’s post, we will have a detailed look at microcontroller working, application, types, pinout, and some related parameters. So let’s get started with What is Microcontroller. 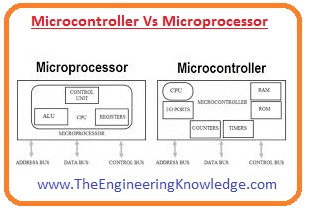 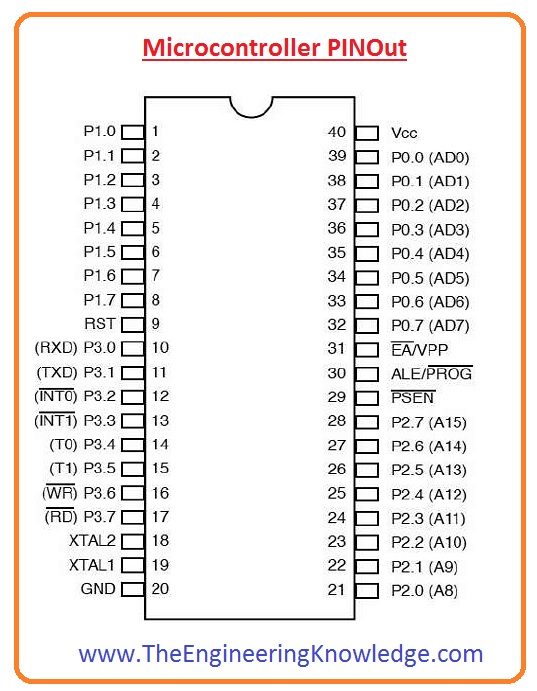 That is a detailed post about the microcontroller if you have any further queries ask in the comments. Thanks for reading.