Hello friends, I hope you all are doing great. In today’s tutorial, we will have a look at Common Emitter Amplifier. In electronic engineering common emitter amplifier configuration is basic single-stage BJT amplifier technique it normally operate as voltage amplifier. In this configuration base of transistor work as input collector as output terminal and emitter is common for both base and collector.

In this circuit, arrangement emitter is connected with the ground so it also called grounded emitter configuration. In today’s post, we will have a detailed look at circuit of common emitter arrangement, it’s working, and some other parameter. So let’s get started with Common Emitter Amplifier. Signal (AC) Voltage at Base

Input Resistance at the Base 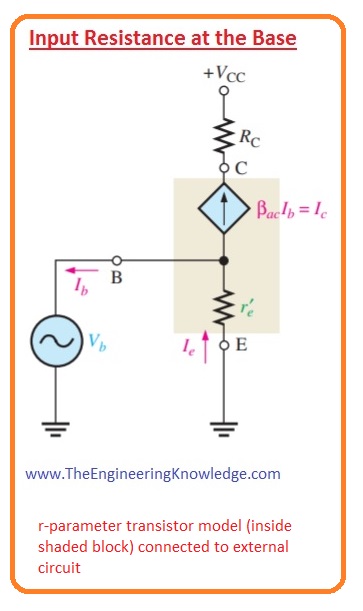 Putting values of Vb and Ib 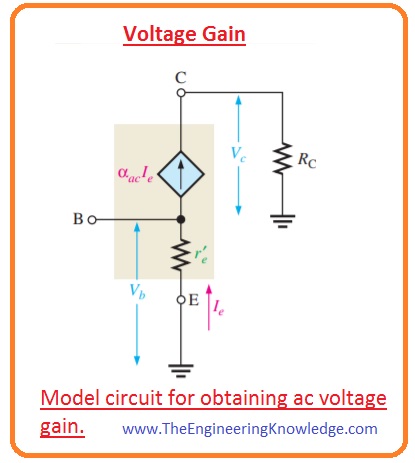 Effect of the Emitter Bypass Capacitor on Voltage

Voltage Gain Without the Bypass Capacitor Effect of a Load on the Voltage Gain 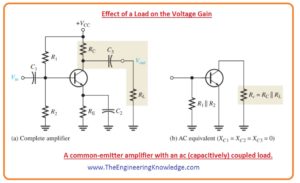 Stability of the Voltage Gain So, friends, it is a detailed post about common emitter amplifier if you have a question ask in comments. Thanks for reading.