Hello friends, I hope you all are doing great. In today’s tutorial, we will have a look at Introduction to Sziklai Transistor Pair. The Sziklai transistor pair first time was created by the George Sziklai to reduce problems related to decreased efficiency that occur for the Darlington pair. The other name of this configuration is compound Darlington pair or complementary feedback pair.

This pair of transistors comprises on 2 bipolar transistors one is NPN and second one is PNP. Its structural arrangements is like the Darlington pair. In today’s post, we will have a detailed look at its working, circuit, and some other related parameters. So let’s get started with Introduction to Sziklai Transistor Pair. 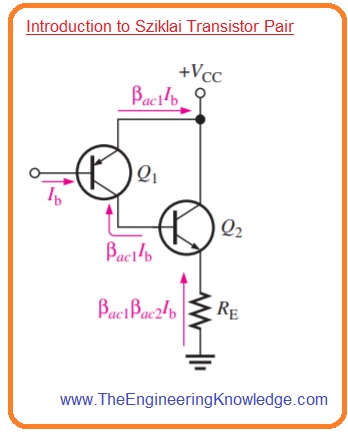 So, friends, it is a detailed post about the Sziklai pair if you have any questions ask in comments. Thanks for reading.