Hello, friends, I hope all of you are having fun in your life. In today’s tutorial, we will have a look at the Full form of Gmail, its history, features, and uses. The full form Gmail is google mail this the free data transfer and receiving service provided by Google. By using the free service of google you can send and receive email from all parts of the world over the internet. The first time in first April 2004 its idea reveal to people they thought it a joke but when it invented the revolution comes in the communication industry of the world.

The main feature that makes it prominent for a user is its high data storage capability for a user, that means user get send and receive data of many GBs. There are numerous features Gmail has that we discuss with the detailed in this post. So let’s get started with the Full form of Gmail. 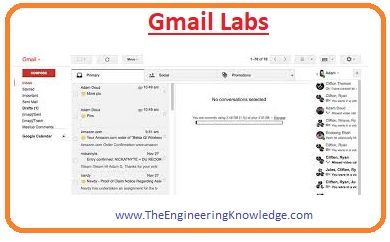 That is the detailed post on the full form of Gmail I have mentioned each and everything related to a post. If you have any query ask in comments. See you in the next post. Have a good day.