Difference Between Electron and Proton Hello, friends welcome to the new post. in this post, we will have a detailed look at Difference Between Electron and Proton. The atom is the least portion of any substance that used to create an object. There are further three main sub-parts of the atoms first one is an electron second one is a proton and the third one is a neutron. Atoms is considered as the main element of any substance since it is created through the connection of different atoms. Atom has positive charge when its release electrons and has a negative charge when getting the electrons

There is a large number of atoms used to create molecules and these atoms are combine through chemical bonding. If we do compassion between electron and proton then come to know that there is positive charge at proton and negative at electrons. Both of these components are fundamental parts of atoms. So let’s get started.

Difference Between Electron and Proton 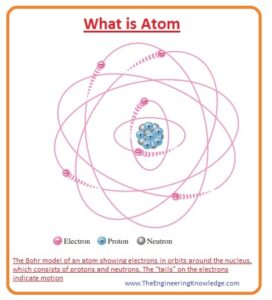 that is a detailed post about Difference Between Electron and Proton if you have any further query ask in a comment, Thanks for reading. have a nice day.