Hi readers I hope you all are enjoying your life. In today’s post, we will have a detailed look at Introduction to Atmega328p Microcontroller. This category of the microcontroller is a high speed and less power consuming module. This MCU is eight bits based on AVR (Audio/Video Receiver) RISC (Reduced-instruction-set Computing).

Due to usage in boards, it is a commonly used ACR microcontroller. In today’s post, we will have a detailed look at its working, application, operation, and some related factors. So let’s get started with Introduction to Atmega328p Microcontroller. 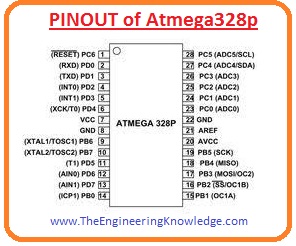 So friends that are detailed post about Atmega328p if you have any further query ask in comments. Thanks for reading. Have a good day,