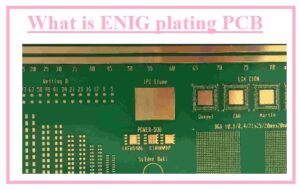 Hello, guys welcome to the new post. Here we will cover What is ENIG plating PCB. Full form of ENIG is electroless nickel immersion gold plating that is performed on the PCB boards that has a larger number of coppers pads. The component of projects connected to the PCB board get the current from the board. In ENIG there are 2 layers of the metal coating is done. At the ist layer of copper pads that exist on the PCB board, Nickle layer is coated after that thin layer of gold plated.

This type of plating is performed at the upper layer of the copper pad since this plating offered conductive behavior in well way. That also helps to give fine protection from oxidation and other environmental conditions. Either it is expensive but use due to fulfilling the RoHS criteria. Tehre are numerous PCB suppliers also fulfill the RoHS in their services such as PCBWAY. That is best in all services also offering ENIG plating services with reasonable prices and good quality since they equipped with professional engineers and machines. More than ten year they are fulfilling the prototype and fabrication demands of their customers with high-quality boards, fast delivery and less expensive products. Since it is the best and most featured PCB manufacturer in china they pride themselves to be your best business partners as well as good friends in every aspect of your PCB needs.

PCB is one of the most important components of any electrical and electronic equipment. PCB quality determines the quality of all these devices. Modern technology makes it possible to increase the miniaturization of composite circuits, higher packaging density, and smaller building size, which is why higher demands on PCBs arise. 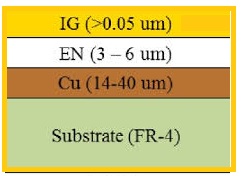 A large value of temperature resistance