Hello, guys welcome to the new tutorial. Here we will discuss Introduction to BT139 TRIAC. TRIAC  also called bidirectional triode thyristor and bilateral triode thyristor has three pinout that is used for the current configuration. TRIAC is created with the use of thyristors and its working operation is like the relay in the sense that has features to regulate the large voltages and current through the use of small levelss of current and voltages.

TRIAC get starts operation through the application of a positive and negative voltage at its gate terminal. Here we will discuss details about the BT139 TRIAC. So let’s get started. 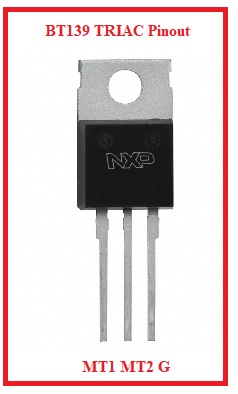 That is all about the BT139 TRIAC I have explained all parameters of this component if you still have any further queries ask in the comments. Thanks for reading have a nice day.