Hello, readers welcome to the new post. In this tutorial, we will discuss Introduction to 2N3053 Transistor. NPN Transistor is a type of transistor that consists of two N regions and one P region between two N. Transistors is considered a very basic part of any project that consists of an amplifier module.

In this post, we will discuss Introduction to 2N3053 Transistor pinouts working and some other features with detail. So let get started. 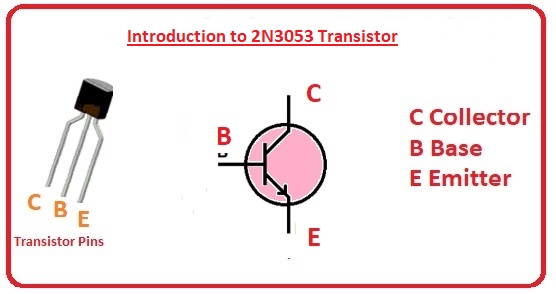 Importance of the NPN Transistor

Without a transistor, regardless of its power, there is no power. Without power, it is impossible to manufacture electronic devices such as computers, televisions and telephones.
However, all electronic devices require a transistor to function. And in a laptop, for example, the biggest consumer is usually the processor, which is really a small tube amplifier. In other words, without a power supply, a huge amount of current is needed to run a computer or television.

That is all about the 2N3052 if you have any further query ask in the comments. See you in the next post have a good day