What is Full Wave Rectifier

Hello, friends, I hope all of you are enjoying your life. In today’s tutorial, we will have a look at Full Wave Rectifier. The rectifier is a circuit used to convert alternating current into direct current in these circuit diodes is used for AC to DC conversion as it allows the flow of current in one direction. There are two types of rectifiers first one half wave rectifier and second is a full rectifier. In half-wave rectifier, a positive half of ac signal is converted into DC. The circuit of half-wave rectifier consists of one diode that operates only in forward biasing mode and rectifies only a positive half of AC current.

The full-wave rectifier consists of two or four diodes that connected in such an arrangement that they convert both cycles of ac signal into the direct current. In today’s post we will have a detailed look at its circuit, working, and practical implementation. So let’s get started with the Full Wave Rectifier. Effect of the Turns Ratio on the Output Voltage 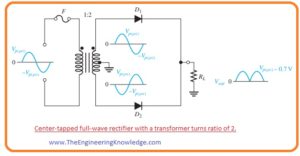 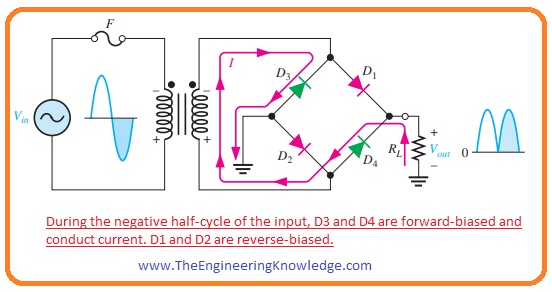 So friends that is a complete tutorial about Full Wave Rectifier I have mentioned each and every parameter related to this post ask in comments. See you in the next tutorial. Have a good day.