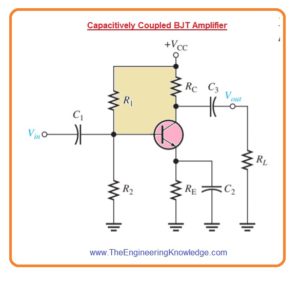 Hello fellows, I hope you all are doing great. In today’s tutorial, we will have a look at Analyze Low-Frequency Response of Amplifier. For capacitively coupled amplifier if signal frequency is less than critical value then there will be an effect on voltage gain and phase shift. At less value of frequency, the reactance of the coupling capacitor becomes sufficient which causes a decrement in voltage gain and increment in phase shift.

In today’s post, we will have a detailed look at BJT and FET capacitively coupled amplifiers frequency response and related parameters. So let’s get started with Analyze Low-Frequency Response of Amplifier. What is Bode Plot Total Low-Frequency Response of an Amplifier 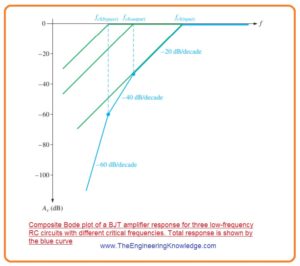 That is detailed post about Analyze Low-Frequency Response of Amplifier if you have any query ask in comments. Thanks for reading. Have a good day.