Hello friends, I hope you all are doing great. In today’s tutorial, we will have a look at Transistor DC Operating Point. An operating point of an instrument is called bias point, Q-point or quiescent point. It is the value of DC voltage or current at the specific terminal of an active device such as a transistor when there is no input signal is provided.

A transistor should be correctly biased with dc source to function as a linear amplifier. The dc operating point should be set such that signal variation at the input is amplified and correctly shown at output connections or terminals. In today’s post, we will have a detailed look at the transistor dc operating point with detail, its circuit, and some related parameters. So lets get started with Transistor DC Operating Point. 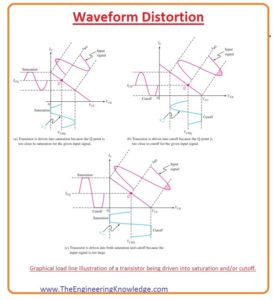