Hello, guys welcome to the new post. Here we will discuss Difference Between Alternating Current (AC) and Direct Current (DC). AC current changes its polarity after some time interval and dc has constant polarity. AC has some value of frequency and no frequency exist for dc current.

In this post we will see different parameters to finds the differences between AC and DC current. SO let get started Difference Between Alternating Current (AC) and Direct Current (DC).

What is AC Current 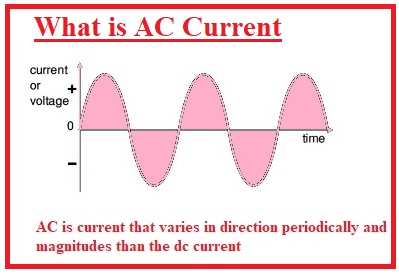 What is DC Current That is all about the Difference Between Alternating Current (AC) and Direct Current (DC). All details have been explained if you have any further query ask in the comments. Thanks for reading have a good day see you in the next post.