What is Cycloconverters – Types, Working and Applications Hi readers welcome to the new post. In this post, we will have a detailed look at Introduction to Cycloconverters. There are 2 main types of power supply first one is AC and second one is dc. You are well aware that only AC power can be produced and due to less cost it can be transmitted at longer distance and used to run different machines like motor and generators. In some cases the voltage and frequency get from the generation points is not has enough quality to operate the different industrial devices.

To fulfill these requirements there is use of converters and inverters to the transformation of power from one level to other that required for machines. Like these inverters, a cyclo converter is a type of converter that transforms AC power from one frequency level to another frequency level. Here we covers details of these devices and related factors. So get started with Introduction to Cycloconverters. 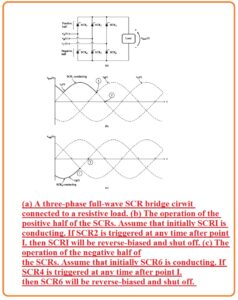 That all about Cycloconverters if you have any further query ask in comments. Thanks for reading have a nice day.