Hello, fellows, I hope all of you are having fun in your life. In today’s tutorial, we will discuss What is Atom. Every type of matter created with the different types of atoms and atoms also consists of three main components first one is neutron second one is proton and the third one is electrons. Electrons in an atom revolve around the nucleus and proton and neutrons are exits in the center of the nucleus. In the periodic table, every element has a specific atom structure in an element all atoms have the same value for the protons numbers.

At the time of the invention of an atom, it was considered that atom is a single particle and no further particles exit in it. But with the passage of time, it was found that atom is not a single particle but it also comprises some subparts in its composition. In its center, there is a nucleus around which electrons are moving as in solar system planets are moving in a circular path. In today’s post, we will have a look at the atom’s structure, particles, and some related theories to an atom. So let’s get started with the What is Atom. How to find Maximum Number of electrons in a shell?

What is Valence Electrons 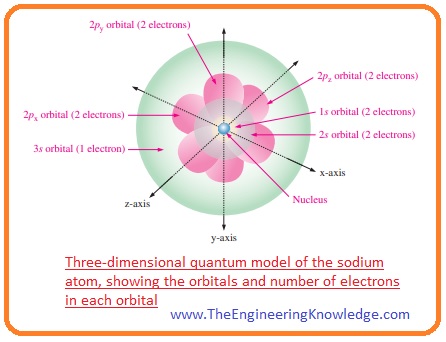 Difference between Atoms and Moles

Differences between Atoms and Molecules That is the detailed post on atom I have mentioned each and every parameter related to an atom. If you have any questions about this tutorial ask in comments. See you in the next tutorial.