Hello friends, I hope all of you are fine. In today’s tutorial, we are gonna have a look at Synchronous Motor Torque-Speed Characteristic Curve. The most important feature of a synchronous motor is that it provides constant speed during its operation. The speed of the motor depends on the number of poles and frequency of the supply connected with it. Load variation in induction motor does not affect motor highly but the load variation in synchronous motor effect the working of motor greatly. Load variation produced hunting (when sudden load varied on rotor, it starts vibrating across its axis and find a new location for stability this process called Hunting) in a rotor of motor and due to this fact stability of motor also disturbs.

In today’s post, we will have a look at relation between torque and speed of synchronous motor and also study effect of load variation on motor. So let’s get started with Synchronous Motor Torque-Speed Characteristic Curve.

The equation for a maximum of pullout torque of a motor is mentioned here.

Effect of Load Changes on a Synchronous Motor 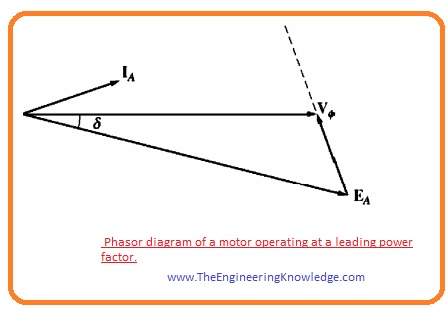 What is Synchronous Condenser (Capacitor)
November 28, 2019

Effect of Field Current Changes on a Synchronous Motor
November 27, 2019