Hello, friends welcome to new post. In this post, we will have a detailed look at Introduction to PNPN Diode or Shockley Diode. The PNPN diode is also called Schockley diode due to its creator scientist William Shockley. It comprises of 4 layers of semiconductors. The p and N layers are assembled in alternative manners. With disconnected gate configuration, it is like to the thyristor. This diode offers negative resistance characteristics.

The first time in 1950 it was created in Schockley semiconductor laboratory. In this post, we will discuss its working, structure, and related factors. So let’s get started with Introduction to PNPN Diode or Shockley Diode, 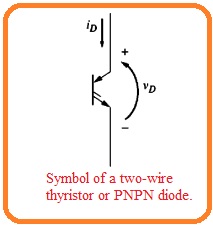 That is a detailed post about PNPN diode if you have any further query ask in the comments. Thanks for reading. have a nice day