Hello, readers welcome to another interesting post. In this post, we will have a detailed look at Introduction to Linear Shunt Regulators. In the previous tutorial, we discussed the linear voltage regulator with the details. We discussed that the control component in the series regulator was a series pass transistor.

While in the shunt regulator is a transistor in a parallel configuration with load is a control component. In this post, we will have a detailed look at its circuit operation and some other related factors. So let’s get started with Introduction to Linear Shunt Regulators. 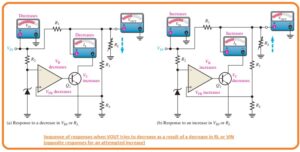 That is all about the Linear Shunt Regulators I tried my level best to make it simple for you if you have any further query ask in the comments. Thanks for reading. have a nice day.