Introduction to Class A Amplifier

Hello friends, I hope you all are doing great. In today’s tutorial, we will have a look at Introduction to Class A Amplifier. The class A amplifier gives large with higher linearity. The conduction angle for this amplifier is three-sixty degrees which means the output transistor continues its operation for the complete input waveform. Due to continuous operation, this module gives high frequency and feedback loop stability. Its construction is also very easy.

Due to continuous operation, there is high power loss occurs for this amplifier with that signal distortion and noise also generated. Due to large power loss, it generates heat to reduce it heat sink is required. Due to power loss, it gives less efficiency almost twenty-five to thirty-five percent. In today’s post, we will have a detailed look at its working, circuit configuration and some related parameters. So let’s get started with Introduction to Class A Amplifier.

Introduction to Class A Amplifier 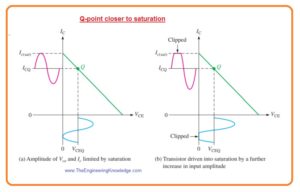 So, friends, it is detailed post about class A Amplifier if you have any questions ask in comments. Thanks for reading.