Hello dear students, I hope you all are doing great. In today’s tutorial, we will have a look at Introduction to Capacitor. A capacitor consists of two terminals, it stores electrical power or energy in the shape of the electrical field. There are many types of capacitor but all do the same job storing of charge,  all of these has two conductive plates which have a dielectric material in between them. The conductive plates can be of any thin metallic sheet and dielectric material can be of glass, air, or any insulating material.

Capacitors are extensively used as main components of electrical circuitry in numerous electrical instruments like motors, fans, etc. As we know resistance is the cause of power loss but the capacitor stores power in shape of electrical field among their plates. In today’s post, we will have a detailed look at its construction, working, features and some other related parameters. So let’s get started with an introduction to Capacitor

How Energy Stored in Capacitor What is the Capacitance of Capacitor

How to find Capacitance of a Parallel Plate Capacitor 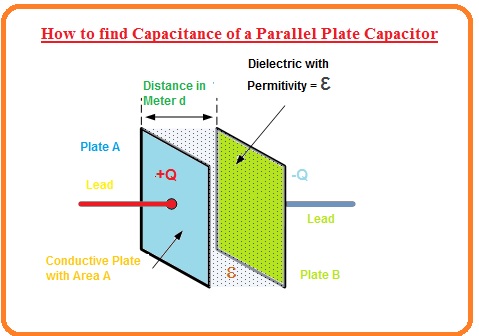 What is Dielectric of a Capacitor

Voltage Rating of a Capacitor

How Cloud Capacitors cause Lightning Conclusion of Introduction to Capacitor

So, friends, it is a detailed post about the capacitor if you have any questions ask in the comments. Thanks for reading.