Hi students I hope you all are doing great. In today’s post, we will have a detailed look at Introduction to ATmega8. This type of microcontroller was the first time created in 1996 and eight-bit controller based on the CMOST technique and member of AVR (Advanced Virtual RISC) group of controllers. Its structural arrangement based on the RISC or reduced instruction set computer architecture.

in small size assembly, it performs numerous function through providing us from spending amount to buy exterior components which are already assembled on it. In today’s post, we will have a detailed look at its working, features, applications, and some other related parameters. So let’s get started with Introduction to ATmega8. 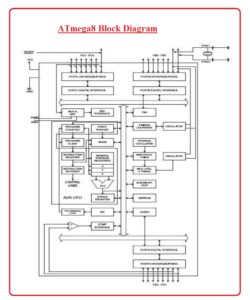 So friends that are detailed post about ATmega8 if you have any further query ask in comments. Thanks for reading. Have a good day.