HOW TO USE LED DISPLAY DRIVERS Hello, readers welcome to the new post. Today we will discuss HOW TO USE LED DISPLAY DRIVERS.  The display driver is ICs circuit that is used to make connections between eh controller like the microcontroller and display devices. The display driver normally gets programming commands and data through the use of serial and parallel communication interfacing. After this configuration, they generated certain values of the signal by using current volts timing demultiplexing, and the output is shown on display.

The main function of the LED driver is to control the current and volts given to a single LED in the display. in this post, we will discuss all details and related parameters. So let’s get started 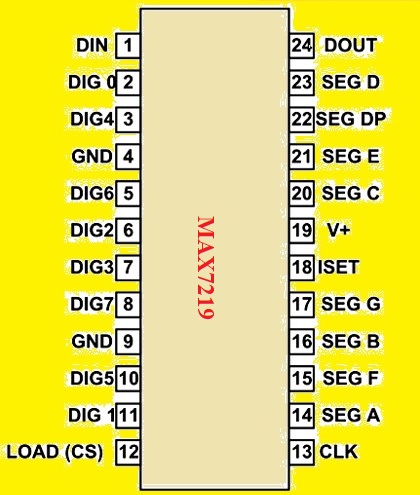 How to connect MAX7219 LED DISPLAY DRIVER to 7-segment display That is all about the HOW TO USE LED DISPLAY DRIVERS all data has been explained. If you want to know something new wait for the new tutorial