How to Program W78E052DDG Microcontroller: Tutorial for Beginners Hi readers welcome to the new post. Here we will discuss W78E052DDG Microcontroller. It is a certain category of controllers that has compatibility to the 8052 controllers. It is eight-bit controller that comes with the eight KB flash memory. It comprises the two fifty-six bytes of random access memory unit,

It also has a timer of sixteen bits that comes with a hardware watchdog. In this tutorial, we will discuss different factors of this microcontroller with the details. So let get started. 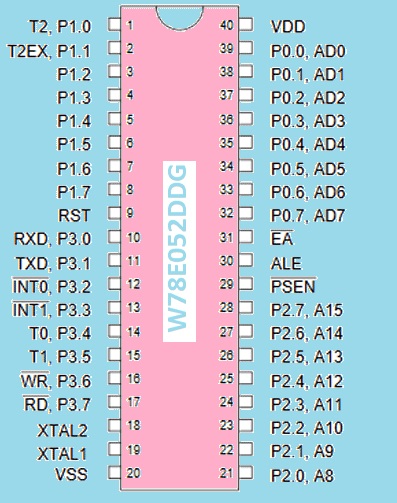 Step by step guide to program the W78E052DDG