Difference Between Anode and Cathode Hi, friends welcome to the new post. Here we will learn the Difference Between Anode and Cathode. Electrodes is the main element of any cell that is used to make a connection with other devices for the completion of circuits. There is two main categories of electrodes. The first one is the anode and the second one is the cathode.

The anode is positive terminal here oxidation process is done while the cathode is negative and reduction is done here. Here we will discuss different parameters for these two modules with the details. So let get started.

Difference Between Anode and Cathode 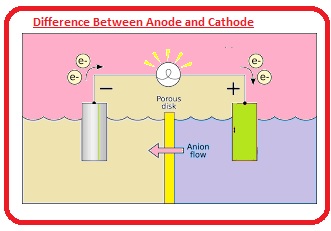 That is a detailed post about the Difference Between Anode and Cathode. If you have any further query ask in comments. Thanks for reading have a good day.