Hello, readers welcome to the new post. In this post, we will have a detailed look at Introduction to DIAC. It is two dimensions or full-wave operating device that can operate in two directions or polarities in reverse and forward biasing. Its name DIAC is a combination of two words diode and AC switch.Its common applications are the switching of Triac also employed in lights dimmers.

It also parts of the circuit used to start the fluorescent lamps. In this post we will cover its working operation applications and some other related parameters. So let’s get started with Introduction to DIAC, 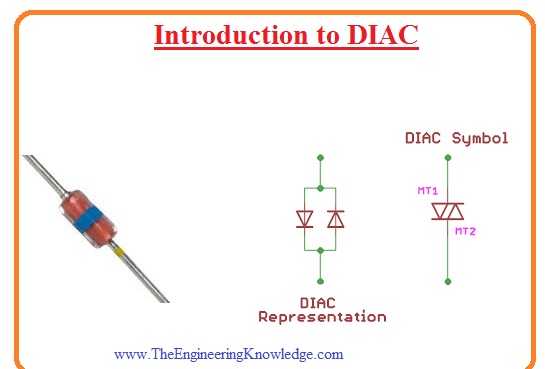 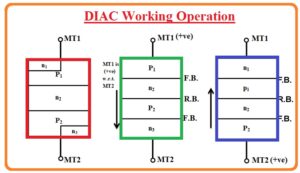 That is a detailed post about DIAC i tried to cover each and every parameters related to DIAC if you have to know further about DIAC ask in the comments. Thanks for sharing have a nice day.