Hello friends, I hope you all are doing great. In today’s tutorial, we will have a look at Common-Source FET Amplifiers Operation. There are three main types of configurations of FET like the BJT which are common emitter, common base, and common collector. The common source amplifier is the basic field-effect transistor technique that normally works as a voltage amplifier. The simple method to know configuration is either a common drain, gate, or source to find the direction of signal from it entering and leaving. The other terminal remains common. 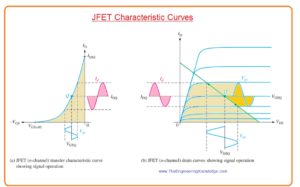 So friends that is a detailed post about Common-Source FET Amplifiers if you have any questions ask in the comments. Thanks for reading. Have a good day.